On April 5, there will be a new dataset available. It contains 141 new features, as well as targets available for all eras - including what was previously labeled “test”.

Below is a plot of 3 models’ cumulative performance vs Target Nomi, from the time the training set ends, until present. 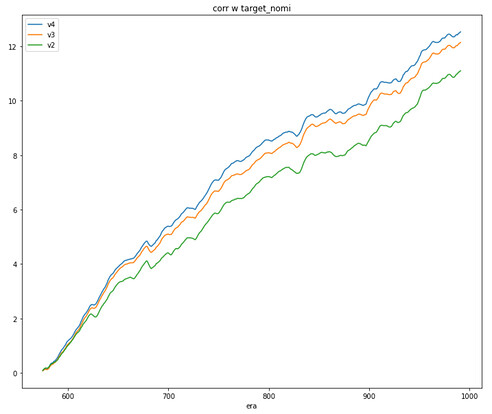 On an FNCv3 basis, you’ll notice that extra features help a bit more. But not on the very most recent data! All of the models are doing poorly in FNC terms for the most recent period. My hope is that you can use this new data to build models that do better in these sorts of times. There could be a lot of TC for the taking if you can solve that. 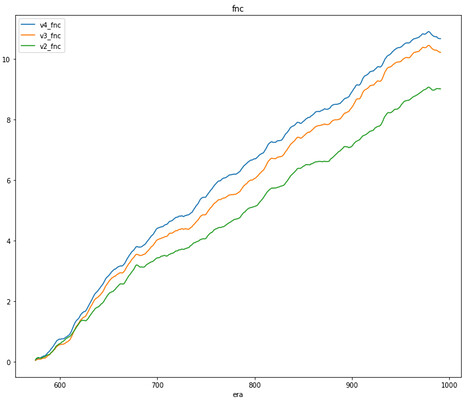 You’ll see that retraining annually can provide a nice boost to performance. On a pure corr basis, retraining on only the most recent data is perhaps the best. 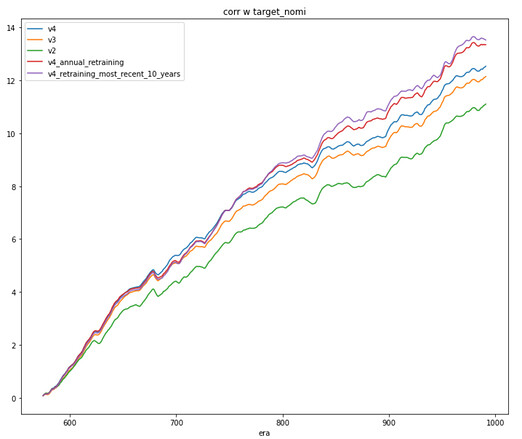 However on an FNC basis, you’ll see that retraining only on more recent data hurts a great deal compared to training on all of history. 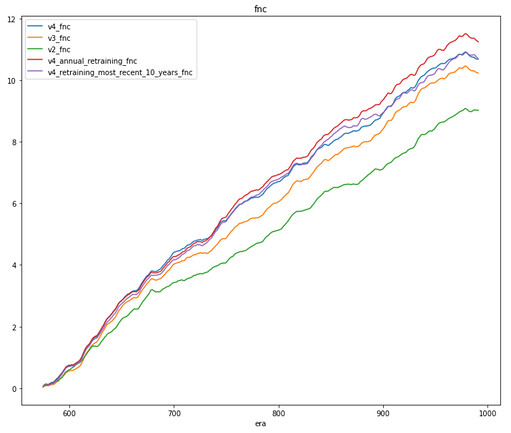 We hope that users will be able to find more clever ways to use recent data to get an edge, without losing generalization like we seem in the example above.

Here I want to show some interesting correlations between each of these 5 models.

Looking at the correlation between their predictions, you can see that v2 only has a correlation of .729 with v4.

Perhaps more interesting is looking at the correlation between the models’ performances. First in corr terms, and second in FNC terms.

To make this line of research easier, we’ve added a feature set to the features.json file which contains only the features from the v2 dataset. This will allow people who are especially fond of the legacy data to start with those, but begin using test data and gradually building out the features they want to use.