What happens when there are no more tokens?

Hi,
I am wondering what the endgame dynamics are here? So does the payout factor simply keep on declining making actual payout going towards nothing? It seems like there is an end to this tournament, and it doesn’t seem to be too far out in the future.

I can’t really find any good information on this, but I am a bit baffled it’s not covered somewhere in the documentation. I mean yes it would be awesome to stake my own money on a model, but I have to buy this token to do it, and the tokenomics simply seems off to me. I would love to read some perspectives on this.

My concern is of course future token value, as there does not seem to be a long term plan if a finite amount of tokens are minted and to be payed out.

As for the classic tournament, yes the payout factor will keep going down as more and more NMR keep being staked. As how that relates to the “tokenomics”, there was an original stake amount that was placed on by Numerai as a pool to pay data scientists. This pool needs to last, hence, the payout factor. As with anything, if this pool were to decline too fast than the tournament would not last. For this tournament, it is really meant to last though the end of the 2020s. As for what happens when the pool runs out offically no one really knows but if Numerai would like to keep gathering their data than really the only option would be to buy NMR on the open market and create another pool.

Signals has a separate pool. See article above

I think you sort of answered your own question in the last part as it relates to future token value. Finite tokens, burns, no more mints, increasing demand, possible large open market purchases in the future. When you think supply and demand, what happens when these factors are in play

Signals has a separate pool in that it has it own stake maximum limit that is separate from the main tournament, but it is still paying in NMR out of the same Numerai treasury. So just to be clear it is also contributing to the eventual depletion of that treasury.

true that. I think for now its currently 100k like classic originally was. Only time will tell if like classic they do a couple increases or not but its not guaranteed

I idea of modelling on the problem for a long time seems a bit bleak - the tournament ends some day which should render the token worthless? The only point of the token is to participate in the tournament. I really don’t see them buying at market price every week, just to give that away for free.

For all we know it’s just some dummy data and a homemade coin - I know I know a bit paranoid, but come on give me a good end game plan here! Like so say the models developed from this tournament are so successful that numerai want to keep it going, is the only plan hurr durr we buy tons of token off the market at whatever market price is available? But I guess they are still figuring out this part themselves lol

Well, if the hedge fund is doing well, they will want to keep it going by keeping our predictions coming. And yes, we do really know there is an actual hedge fund, actual investors, etc, etc. Please don’t spread unfounded FUD.

they wouldn’t be giving it away for free, they’d be compensating modelers for the signal they are providing, powering the hedge fund’s decisions.

To answer the main question, the price goes up, like aventurine says above. The NMR token also has the burn feature that makes the tournament possible, and the Erasure platform as another way to leverage that feature. Using Erasure as an example, more apps will probably emerge that use NMR’s burn feature to promote honesty in some context.

To me, I see a nice large pool of NMR that keeps the tournament as we know it in play for another few years, or maybe the end of the 2020s like theorized in either this or the other similar recent thread.

When the pool is gone, assuming that the whole thing is working for Numerai, e.g. this correlation actually helps them make money, then they will have to buy enough NMR to keep the tournament going. That would be a massive force for upward price movement, even if they had to reduce the payout factor to make it all feasible.

An interesting article about the future of NMR can be seen here: 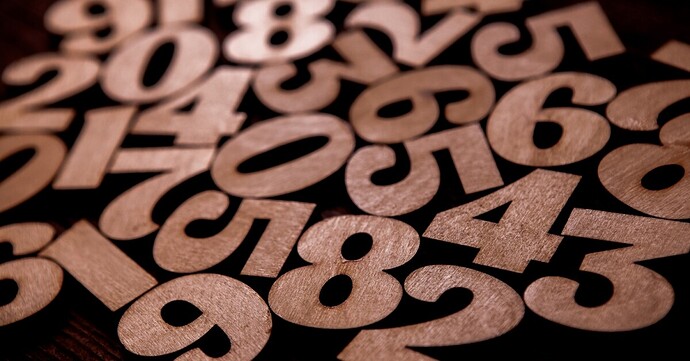 Numerai to Cut Token Supply by 10 Million to Become 'Decentralized as F*ck' -...

Numerai, a next-gen hedge fund, plans to decentralize its platform by destroying the keys to the smart contract controlling its token supply.

With signals, the data is not completely obfuscated and you can tell that you are working with actual stocks in the stock market. If you are concerned more about how much we can trust the company behind NMR, then this is how I feel about this cryptocurrency. Many people see digital products as free and forget about all of the infrastructure, manpower, etc. that goes in behind the scenes. That is a weekly cost to them. NMR is an ERC-20 token, which cost an initial ETH to create. Granted at the time they created it, ETH cost quite a bit less than it does now. The overall point I am trying to make here is that they have spent money to make money. Why would they want to stop making money, just because their initial pool of NMR ends up at 0? Of course, with any cryptocurrency, you have to make that decision. Especially, when it is your money that is involved. I am not a financial advisor. I am not giving financial advice. You have to do the research. You have to pick the amount of money/time you are comfortable with investing. Also, if we get paid less NMR, that does not mean that NMR can’t become more valuable. Some day it will not be possible to mint more Bitcoin and the world considers that a good thing.

With signals, the data is not completely obfuscated and you can tell that you are working with actual stocks in the stock market.

The obfuscation just takes place at a different step. In the Tournament, it happens a the data level. In Signals, it happens in the scoring procedure—you have little to no knowledge of what exactly you are being scored on, and how that relates to your submission. Something to think about before staking.

If someone is that concerned, couldn’t they run a correlation test to see if the signals data correlates to current stock prices or not? They are scaling the data, not running it through a randomizer (as far as I know). I’m not the one concerned. I am staked. Of course, I was staked before the requirement for large amounts of NMR. I haven’t re-evaluated at that price level.

If someone is that concerned, couldn’t they run a correlation test to see if the signals data correlates to current stock prices or not?

You can get a rough estimate of what they have done to your submission by waiting until the close of the round, Spearman correlating your predictions with the actual returns, and then comparing that with your Numer.ai score. But as their filter nominally changes every week in ways that are unpredictable to the user, it’s not going to be of much help in actually improving your market predictions. You may be able to reverse engineer their filter to some extent and then adapt your programs to predict both their filter and the market performance (which would improve your score), but for me that seems rather counterproductive.

I agree. I am just pointing out that if someone were concerned enough, they could at least estimate what is done to the pricing data that is given to us. After all, Netflix thought they anonymized their data for their contest, but really didn’t do a good enough job. Why 'Anonymous' Data Sometimes Isn't | WIRED … For those who are so concerned about what “they” are “really” having our bots doing, there are calculations that could be run to verify we are actually predicting the stock market prices.